Freight customers on one of the busiest sections of the national interstate railway network
will benefit from the final stage of new, modern digital signalling being switched on between
Coonamia and Tarcoola in South Australia this week, Australian Rail Track Corporation CEO
John Fullerton announced today.

The commissioning of Stage 2 of Centralised Train Control (CTC) signalling will bring
improved efficiency and safety to interstate rail services operating to and from Perth,
Adelaide, Melbourne and Sydney, Mr Fullerton said.

The improvements were made possible by a $35 million investment from the Australian
Government which funded the new signalling as well as for building two new passing loops.

“The introduction of the new signalling dramatically improves network efficiency which allows
our customers to get their freight to market more reliably and predictably.

“With CTC in this section of track, the transaction time for ARTC network controllers to
provide permission for a train to continue along its designated route will drop from around
five minutes to fifty seconds, meaning less waiting time for trains so they can carry on with
their journey,” said Mr Fullerton.

Previously, train operations in the area were managed by „train order working?, where
network controllers manually exchanged in excess of 200 train authorities per day with train
drivers over the phone and on paper.

CTC means trains no longer need to stop at certain sections of the track to await permission
to proceed to the next, and new intermediate signals allow more than one train to operate on
a single section of track at a time.

“A more efficient rail network means a more efficient and productive Australia and this new
signalling is a great boost for the national supply chain where more than 80 per cent of the
land freight task in and out of Perth travels by rail,” Mr Fullerton said.

The introduction of CTC and new crossing loops are commitments that underpin a 15-year
agreement signed in 2012 between ARTC and Brookfield Rail which provides continued,
seamless rail access in and out of Perth.

Planning for the two new passing loops will now start with CTC fully commissioned. The
locations of the new loops will be based on where the greatest reliability and capacity
benefits achieved by the CTC implementation are seen.

The 508 kilometre section of track between Port Pirie and Tarcoola sees around 20 train
services run daily. 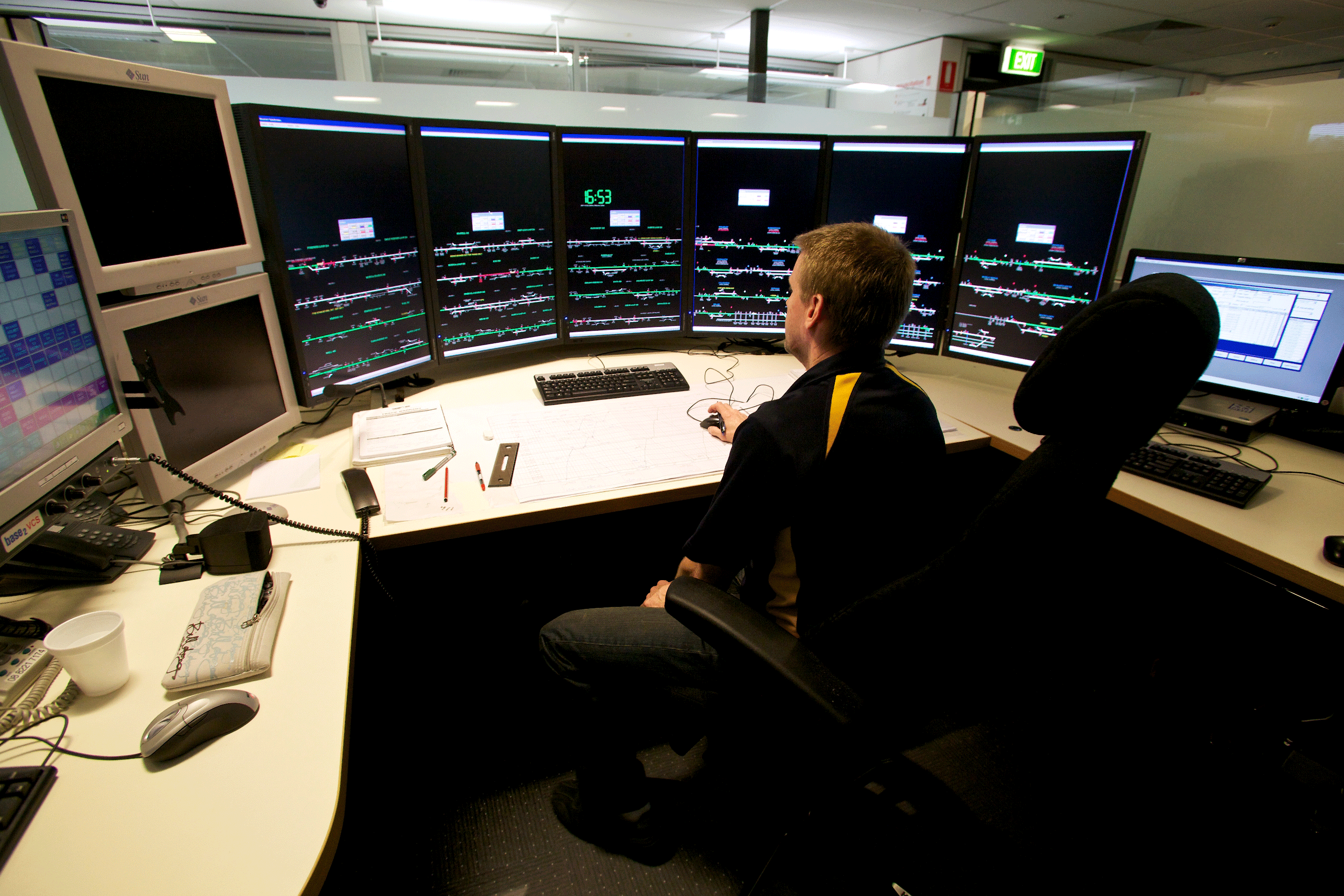 An example of the CTC train signalling system in action from a Network Controller’s perspective at Mile End train control in Adelaide, South Australia. (note – image does not show the new CTC screens, example only).